Vang Vieng – the backpackers haven of Laos.
Reminded me of Mui Ne / Khao Lak, where the rows of shops are catered for backpackers – the multiple tour operators offering highly similar tours, the inter-city buses and their timetables, the food and restaurants highlighting their free wifi, the bars and hostels.

The limestone karsts – why I came to Vang Vieng! Hehehe

I ate my first meal in Laos with a guide. As we chatted over what tasted like Vietnamese pho to me – noodles in soup, spring onions, some meat – I learnt several things about Laos.

He mentioned that he learnt Russian in school, learnt French in Primary School. He had gotten a government-sponsored scholarship to study in Russia, and he was supposed to join his senior who was already there. The month he was supposed to leave, however, the Soviet Union broke up, so he didn’t go in the end.
‘If the country is not broken, I would be there already,’ he said

I asked if he was sad that he didn’t get to go though. ‘No,’ he said. ‘It has already broken up’.

Just last year, he was supposed to go to Thailand to further his studies. He had topped the English exam and was supposed to go, but was later rejected because another girl – whom he said was related to higher political figures – took his place. Nonetheless he went on to start his own tour business because ‘it’s always better to be your own boss’.
In my mind, Laos and Russia felt so different, separated by such great distance in the world map, and culturally seemed so divergent. This was the first time I formed a connection between the two places.

To control number of cars in Laos- 10 years ago government allowed the sale of second hand cars, but now it’s no longer allowed

There were many Koreans in Laos in general, and there would be entire signs in Korean indicating the large numbers of tourists here. I later found out from my host that his wife (a tour guide) was helping a Korean team to film a documentary of sorts about Laos, and that Korea has hired famous stars and idols to visit Laos in order to publicize the destination, as well as its airline. I believe there’s direct flights to Laos from Korea! 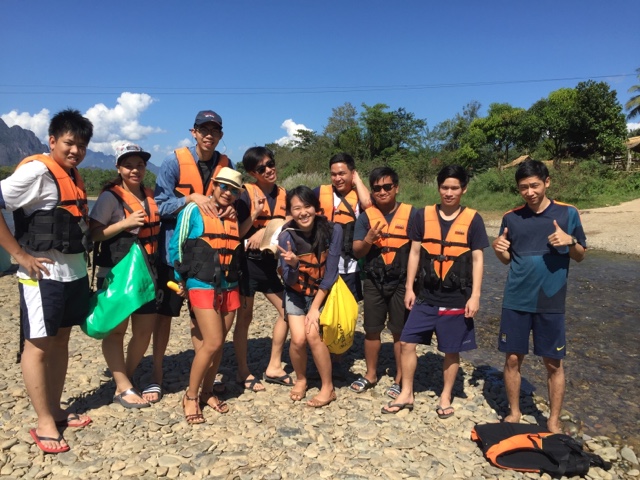 My favourite part of Vang Vieng is meeting a lovely group of Thai people. Ah, Thais and their hospitality! They practically sweeped me into their open arms and included me in everything, which I’m immensely thankful about :’)


Some things I learnt –

Thai army – either study in high school as part of a ‘module’, or attend half a year / up to 2 years (depending on luck?)
Male only, female voluntary

Military coup – when’s the next election? No idea, waiting for constitution to be drafted.

Vang Vieng is known more for its adventure tourism, hence attracting the younger crowd. Here the tours offered caving, trekking, kayaking, and of course tubing – the most well-known thing in Vang Vieng. Some years ago apparently tubing along the Nam Song (river) was banned because of the backpackers who got themselves drunk / drugged (? ‘mushroom milkshakes’) and fell into the river and drowned. It’s been opened up again, though. 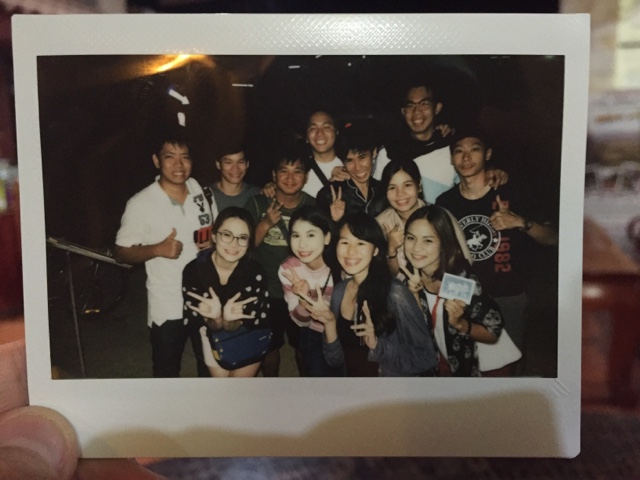 One of my favourite scenes: when I watched the group cycle towards my hostel, picking me up in the tandem bikes and we went for dinner, cycling down the streets to the nearby restaurants


to me, it is the fact that they invited I, a stranger, to their meal, and treated me, a complete stranger, and I feel really lucky, blessed and grateful for that. This reminds me to try to be more friendly towards others and to reach out to them and pass on this kindness!!!

I talked a little about Vang Vieng’s tourism with my host. I was thinking about how beneficial tourism was to the city. It’s definitely brought about a significant source of income, but of course it has its associated impacts. He mentioned that indeed, the way the tourists dress (more skimpy clothing) has influenced some locals to adopt similar styles, triggering unhappiness from other locals due to disrespect of local customs. Also, the demand for drugs might have encouraged a supply for them.
Hmmmmm