Riga was a trip by which I wanted to go simply to see what the place would be like. I had absolutely no geographical imagination of it at all. Latvia, Riga, I’ve only heard of this place for the first time in my life this year. But I feel drawn to the beauty of the place, the Baltics (such a beautiful plosive word, hence i keep using it), and I hope to go to Talinn and Lithuania someday.

It is so lovely to be able to look at the list of places and to pick one to go, just because I had the time. No pressure about the plans, just.. Booking a ticket with no expectations. I wasn’t even certain if I was going to go. 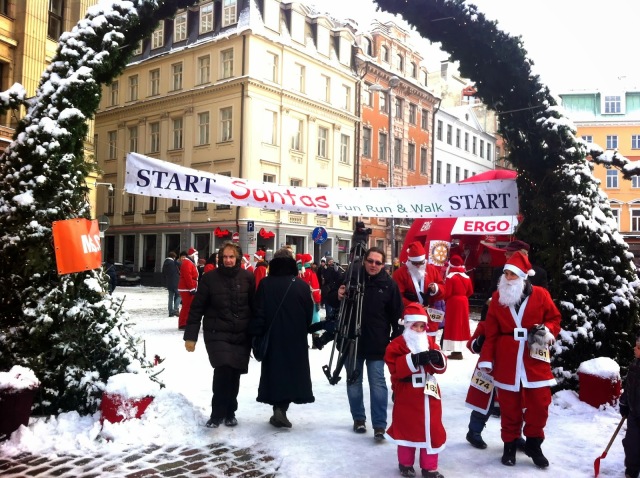 My loveliest host, looking really adorable here with Francesca.
I really, really like this picture – it captures just that little bit of magic and beauty of snow.

Agnese and frisky Francy
I feel that I take something away with me each time I couchsurf, something about myself, and something about the world. I love talking to new people and just learning new things I never knew about. For Agnese and I it was dance therapy, a tad of religion, midsummers festival, families, women and men. Pets. Personal spaces.
Each time I leave the homes I carry with me a head full of thoughts.
Carrying these with me.
I utter a silent thank you each time I leave, and I hope you(s) know I am thankful for everything that we’ve shared.

First time shovelling snow off the roof of a car. I can catch a glimpse of why this exciting snow (to me) can be a burden to others

Our room! Hehe
i still hesitate taking pictures sometimes, because in that moment i feel awkward / don’t want to interrupt that moment even though i’d like to capture that moment.
Memory is an unreliable tool; something i remember 5 years ago is something i completely have no memory of 5 years later. (tried and tested – it’s terribly, terribly sad 😥 ) but photographs store memories so much better. it’s something i often feel a twinge of regret on hindsight. all the international students nights, societies gatherings, trainings, and for this case a photo with Agnese.
My camera battery dies 1 shot after charging in the -11 degrees weather of Riga. My 2 polaroid cameras have died in this weather as well; both the big and the small ones don’t work anymore. i don’t know why / what is happening and it makes me so sad 😥 I’m waiting to go back SG to fix it. But I digress – I was trying to recount how I was going to take a self-timer shot with Agnese and then my camera died, my self-timer polaroid died, and i had nothing to take a picture with her but my phone, and i didn’t. No chance forever more. 😦

Chanced upon a Santa Fun Run

i would have taken a polaroid of this

On my way to the old town after meeting Agnese and shoving snow, I asked for directions from this group of trio. They asked where I was from, and I said far away, Singapore. He laughed and said its not too far away, and then took out a 10sgd note from his wallet and said, here, could you change the money with me now? Really?!?! HAHAHAH I am chuckling to myself now as I recall that memory 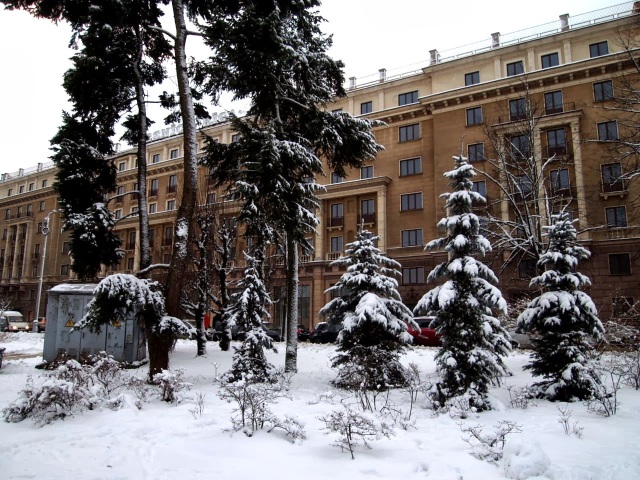 Stumbled upon at Art Academy on my way back 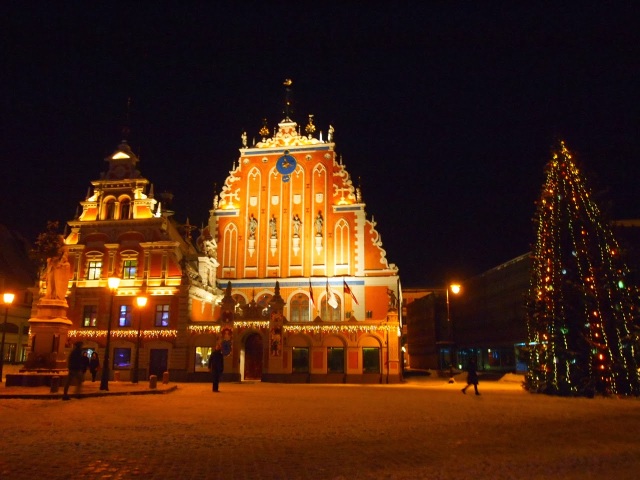 The House of Black Heads! I love these oddly uniquely structured architecture.
It was on this night:
I was waiting for Agnese’s message on when her theatre ended. Nothing still. A Danish man held the door of the convenience store for me and we both walked out. He asked, where did you get your backpack from? I said, I got it from Singapore but shipped from the UK, but it’s from the Scandinavian region. That’s when he said he was from Denmark, Copenhagen, one of my favourite cities!! I spoke excitedly about Cher, lyn and my journey with bread in the almost absurdly high-cost living in Copenhagen (nonetheless a beautiful city!)  and we talked abit about the welfare there. He said he could see it ending, the homogeneity within the city was slowly… Disappearing, things are changing. Talked abit more about that, talked about mine. It’s SO interesting, and we stood there in the cold. He asked if I had plans the next day, being a solo traveller himself. I was hesitant because I thought Agnese would show me around today, and I don’t know why I didn’t extend an offer, and now I think from this, in future I should, with no harm, exchange contact. If I had known that Agnese wasn’t free today, maybe today might have been more well-spent. So well, that’s one takeaway. Still, it was a meaningful encounter under the snow, and I’m sure that’s for us both.
I love fresh snow. Untouched, undisturbed, untrodden snow.

On my way back where I got lost and my phone battery died at 30%, wonky under the cold weather

I dont usually take pictures on solo trips, but I felt like Latvia and its snow was so beautiful it would be such a pity!!! 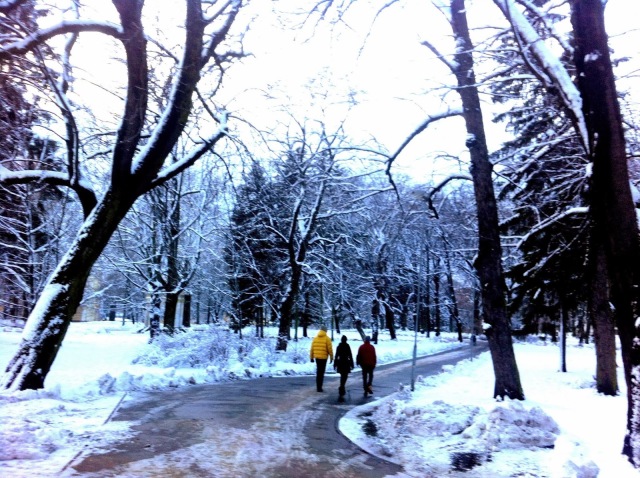 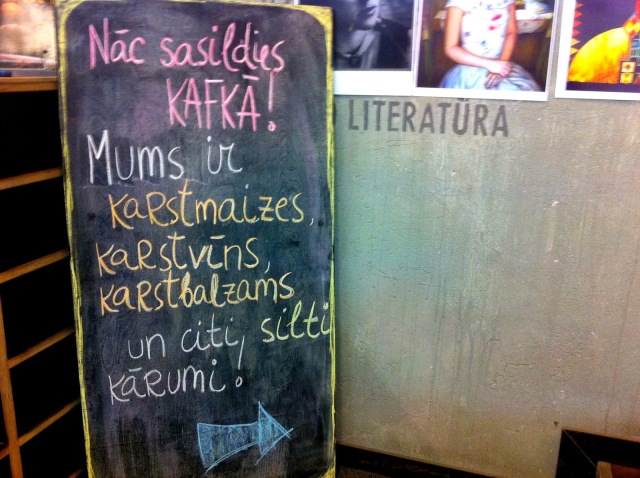 Latvian – attracted to these foreign words that make no sense to me, except the punctuations exclaiming aloud 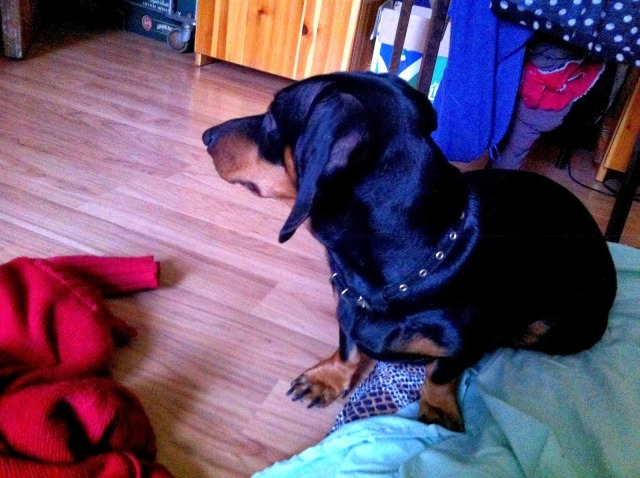 Francessca licked my face awake this morning. I’ve never gotten my face licked before, and frankly I was a little ‘hmm’ and my scarf smells of her drool. I always thought I liked dogs actually, but after seeing cats and dogs I think I have enough energy  for cats. Seriously though, I always thought I was a dog person. I’m shocked.
Fate // don’t pull a tiger by its whiskers – just 2 weeks ago the ceiling of a supermarket fell and more than 50 people died.

Affections, Latvian men. Women. Being in some parts of Europe makes me feel more attractive. LOL. ‘Still, a compliment is a compliment, and it makes you feel good, even if he says it to everyone’ 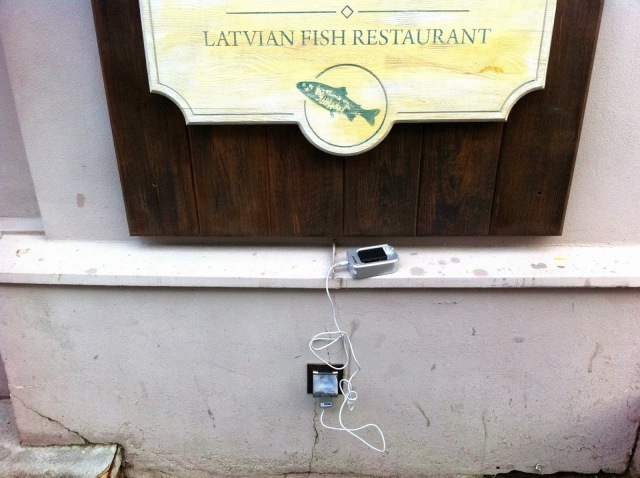 Charging my phone outside the restaurant. If I had a city I would do this – install electronic plugs all over the place! It helpes so much and it means SO much to be to be able to charge my phone which dies so readily 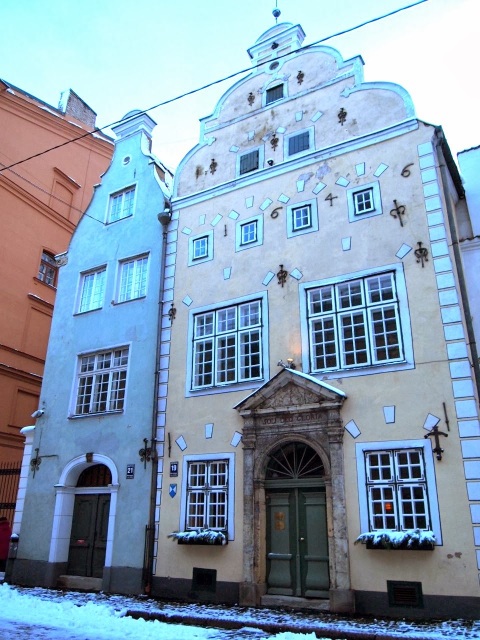 My heart feels like breaking everytime I think about all the Polaroids I could have had. But I know this was a surprise trip, it was unplanned, it was almost not supposed to have happened, so for it to have happened was good enough in itself. Everything that came out of it was a bonus. 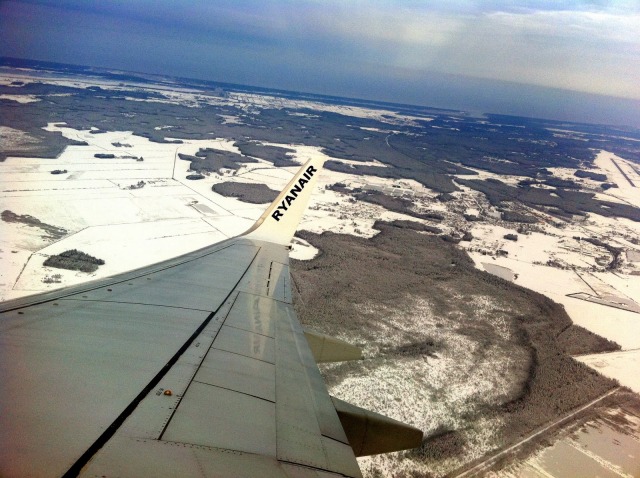 Goodbye baltics, you are an amazing place 😥 I really long to be back someday, especially for winter.

One of my last few solo trips until a very, very long time. The intense surge of freedom and exhilaration that echo the roaring engines of the planes is something I will truly come to miss. I know that when I return home this is a feeling i’ll find myself seeking for again and again.

So it turns out that Latvia’s the only city by which I experienced snow in this semester. It was such a random trip too (which had an unfortunate beginning of getting a 60 pounds fine by Ryanair for my oversized baggage + impending assessments) so I’m thankful I went there because I LOVE SNOW 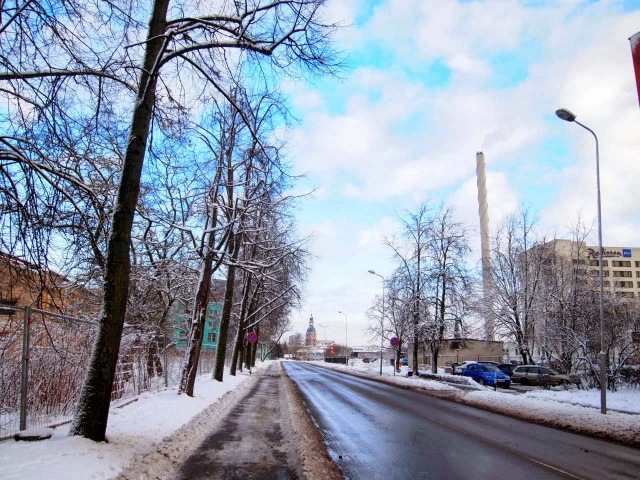 I walked along such beautiful streets each morning :’) 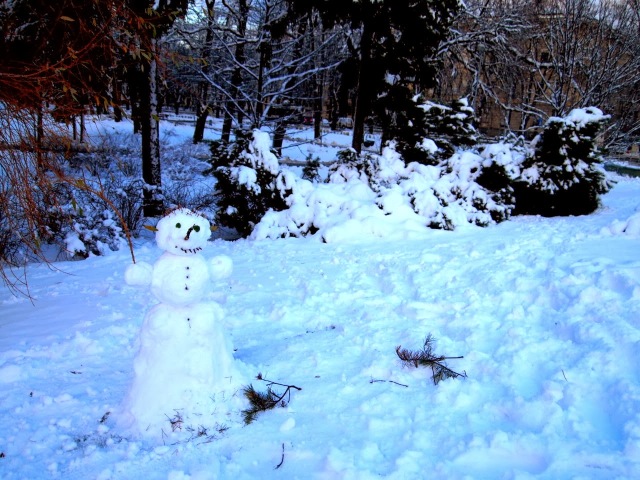 Looking at the children taking out their sleighs to play, making snowmen, throwing snowballs stirs such strong emotions of envy within me. What have I been missing out on? Sure, I have my fair share of summer fun, but this… it was so amazing and magical and lovely and they’re so lucky to be able to experience this. I think I feel this way because I’ve always read about them in books, watched them in films, and always wanted to do the same – to play in the snow, to make snow angels, to have snowball fights – I want to take out my sleighs to play when it begins to snow! I want to cheer loudly when I wake up one morning and the streets become a blanket of white, and to plead my daddy to bring me out to play. To get excited over the white cold fluff.

There is something magical about the tiny white flakes falling gently from above as you walk down the streets, the white frostings peppered on the branches and barks of trees

My favourite picture of the trip

The most beautiful winter morning

I landed in Latvia on its first winter day.

I love landing in cities not being quite sure where to go. I could do anything – wander around, sleepover in the airport if I like, get lost in the snow. 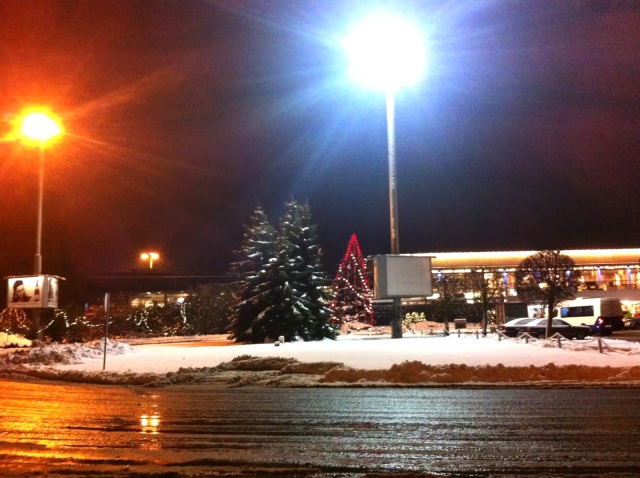 Felt a general calmness washing over me as i happily kicked the snow with my boots, and was vaguely surprised my 5 pound boots from Primark kept my feet warm.

I love snow for the refreshing sense its whiteness brings about to me. I know it gets annoyingly mushy after awhile, but I still feel a certain fondness and fascination with it (that hopefully stays, because I want to be kept in wonderment always)

My 30 pounds, 60sgd, was reduced to a measley 22 Latvian dollars (lats). Bought a bus ticket and my 5lats notes was reduced to a few measley coins. (updated: 1jan 2013, Latvia has joined the Eurozone, replaced its lats! I’m happy I got some leftover lats hehehe)

By the time I reached the city centre it was 11pm. I wasn’t fazed, for some reason. I knew my past self afew months ago would have been so paranoid, so worried. But I thought about my time in Rome, wandering the streets at night and I just didn’t feel so scared anymore. No city feels so foreign now, and I must say it’s a wonderful feeling to be able to say that.

(also, the city felt safe I suppose. I wonder why though, I’m trying hard to compare and understand why certain cities give off such a dodgy vibe and Riga just felt so… safe. is it the buildings? the lighting? the snow?)

How the signs reveal the history behind a place

Reached my hostel. For 5 pounds it’s really cheap, and it’s one of the best hostels I’ve stayed in – Friendly Fun Franks in Riga. Stayed up till 4am to finish my project work. 😦 I know I got off easy though, and my group mates have been really nice. Emma pecked me on the cheek before I left, as a form of goodbye because we might not meet in January. How sweet is that?! Everyone likes to think they’ll be missed, even for a little. I rarely made people feel that way, mostly opting to keep these emotions to myself. I know (now) I shouldn’t. 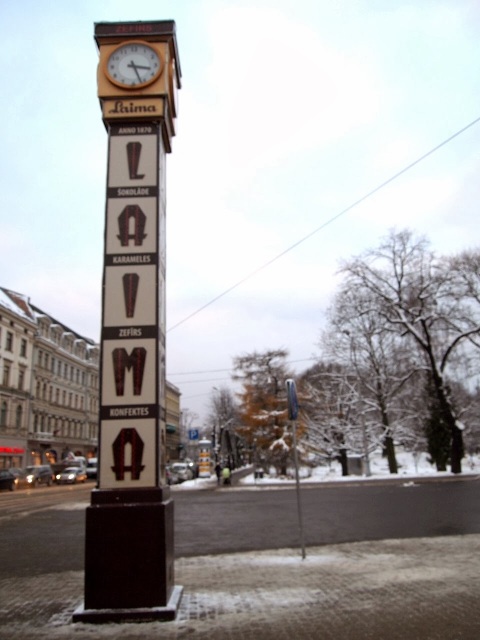 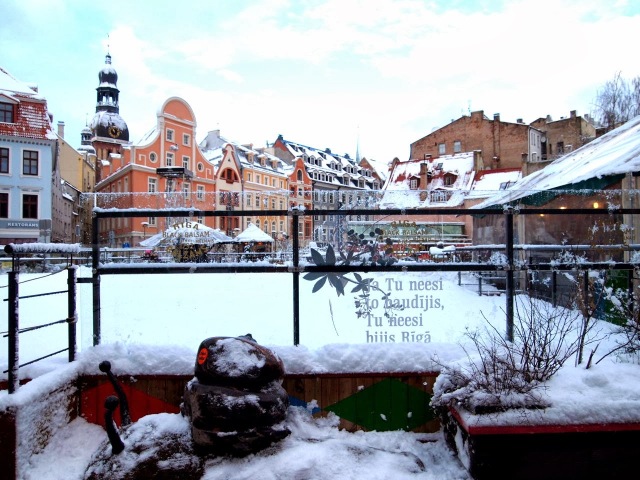 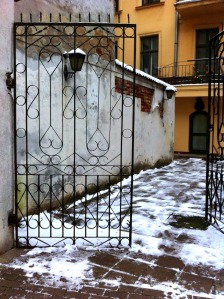 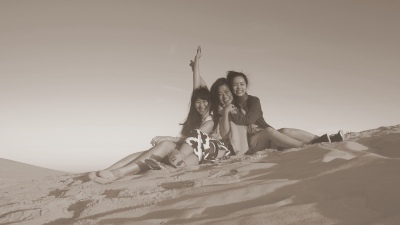