The Balkans are a fascinating, very diverse region in Southeast Europe which had to deal with a lot of conflicts in recent history – the Breakup of Yugoslavia and the resulting Yugoslav wars made it almost impossible to travel the region from 1991 to 2001.

A lot has changed since those darker days and most of the countries are back on track, the reconstruction is in its final stages and the tourism is on the rise. Changes can also be seen in the countries which haven’t been affected by the wars – Bulgaria became part of the EU, developed it’s infrastructure and is seeing an economic growth, even though this growth decreased recently.

Learnt so much about the Balkans during the trip. I find it so rewarding knowing that this was a region previously so foreign, so completely unknown to me. But now I know just a little teeny bit better.

Yay! Done with this!

Feels like so much happened within these days
1. Dropped my wallet (first time abroad! Forgiving myself) and frantically searched for it in the middle of the bus terminal. I looked up and saw the driver walking towards me, holding the familiar black rectangle in his hand. Seriously, luckiest girl ever! As usual, surrounded by amazingly helpful and kind people who guided me to train stations, people who talked to me, chatting about Romania and education (free till high school) and healthcare (‘free – but is it really?’) and quality of medical care (certain operations/diseases sought abroad eg cancer)
2. Hanging garlic like hanging dream catcher hmmmmm
3. Government – paternal leave 3 weeks (?!) and receiving a sum of money (50 euros for those who haven’t worked consecutively for a year) for 2 years
4. No elevators at all metro stations, no ramps, a cause for concern for mothers (services for encouraging motherhood)
5. Minimum wage 250 euros a month
6. 80-80% Orthodox Christians + abortion is legal + cohabitation / not marrying not as common (vs Netherlands)
7. Whole of EU does not have capital punishment
8. Landscape of Bran changes into a barren white – higher altitude lower temperatures = snow!
9. Dracula – Bram Stoker chose Transylvania, one of the three large regions of Romania. Irish writer Bran Stoker combined the mystery of Transylvania and the historical facts – Vlad the Impaler and his bloodsucking cruelty, folklore about vampires etc to convert Bran Castle into such a popular tourist site today. Shops selling Dracula cups and magnets, haunted houses; everyone’s tapping on this. If he hadn’t set it here, how would things be? This and Laos has got me thinking about how something seemingly small can make significant contributions to shape the economy and livelihoods of a place and for its people.
10. Roma people / gypsies
11. Romanian and Italian linguistic similarity
12. Fire broke out in a club and 400 people were stuck, 60+ people died – people were angry, prime minister was forced to step down. The buildings are old, not earthquake-protected, no proper fire evacuation routes, no proper checking. Because this has been a cause for concern for some time, when the fire happened people were really upset about it. Shops located in the old buildings shifted elsewhere, that’s why many of the shops have closed down.
13. Conflicting views over how to raise Santa issue
14. A girl from Moldova invites me to stay with her. She’s 24 and married, showed me this Mongolian friend she met before (Asians association?), said she’ll drive me around to show me the sights. Really warm, friendly and open. This is the first time I’ve received an open invite, hence noting it down 🙂
15. Piazza Romana is the hipster bookshops street
To be honest, Bucharest is not quite pretty. (Maybe because it was winter -it was cold, snowing, I wanted to stay indoors). I’m glad I went to Brasov and Bran.

I noticed this ‘volunteers’ signboard in the city centre

“The pretzel – in Romanian covrig, is probably one of the most common street foods in Romania. In many large intersections in Bucharest, there has to be at least a pretzel shop on one of the street corners. Pretzels are not just simply pretzels in Romania – recipes have been updated, and now you can have pretzels with fillings, and other products made of pretzel dough, and filled with different ingredients (sausages, cheers, apples, chocolate – well, not all of them mixed). Take the Covridog, for example, Covricheese, or Covriking, all brands and products invented by a company called Petru.
Most of the shops selling pretzels are local brands, no-names, although here are a few ‘chains’ as well, such as Luca and Petru. The name for pretzel shops in Romania is covrigarie, or a more fancy name, simigerie. Whatever you choose, the majority of Romanian covrigarii have very good ‘covrigi’
With RON 10 – or some EUR 2 – you can buy several covrigi which could last you for a few hours until searching for more.”

Ah, I miss these pretzel-like things. They were delicious and incredibly cheap. 1 euro (or less?) for the delicious, hot yummy bread sometimes filled with cheese, oftentimes (the ones i chose) filled with hot chocolate oozing out in this winter breeze. And so filling too, great for backpacker food. Yummmmmmmm

I learnt quite a bit from Alina. Motherhood / strong beliefs / issues in Romania / ‘raising a genderless child’
It wasn’t easy to find a suitable bus to Sofia, possibly because it’s winter… Or not. After some googling we found a website that had a suitably overnight-ish timing that allowed me to utilize my night more efficiently. Even though I was due to arrive at 2am, I took it. Only the website states the pickup point at ‘BUCHAREST’ – but no specific bus directions, none.

I emailed the company and I was pleasantly surprised to actually receive a reply the next morning.
‘Good morning,
The bus station in Bucharest is Filaret.
Have a nice day.
Sincerely,
Etap-Adress AD / Grup Plus OOD’
Hmmm.
At 7.30pm the bus starts driving from the Bucharest Filaret bus station.
At 9pm the lights turn on and a man collects our passports.
Reached at 2.13am!

The bus station in Sofia was really cosy, warm, you had to pay for the toilet, it had (unlimited) free wifi and the money changer was open. It was pretty good.

Here, I had my first encounter with Cyrillic alphabets. I was excited because I could pronounce some, having practised reading some cyrillic alphabet in the month before. I tried to read the signs, to speak them aloud. It was like a game.

I noticed many quirky interesting bookshops in both Bucharest and Sofia (Bulgaria); they sold English books and had beautiful tote bags imported from the UK / US, bookmarks, quirky things alike. Liked them very much. And of course Carturesti Carusel – ‘The Carousel of Light’ – seeing it in person was very exciting indeed.

Here I met Alina and we walked in the snow.

Can’t say I haven’t been waiting for this. 🙂
Flying to Romania! Always feels so surreal, flying to these places I’ve always heard about (or not,) or read about. Romania! I have this strange impression of scams and/or prostitution / human trafficking for some reason. Is it because those chain emails used to say they’re from Romania or something?

My makeshift bed at Rome Ciampino airport, to catch my 630am flight.
There was unlimited wifi, it wasn’t too cold, many people were creating space and sleeping as well. There was a charging port in the middle and people crowded around to charge their things. At about midnight a girl asked if she could use my phone. We chatted for a bit – about the States, about Donald Trump and her skepticism at his campaign, what she was going to do in Italy and Istanbul… I remember her name started with a D. She was really cute and bubbly.
As crazy as this sounds, she REALLY reminded me of 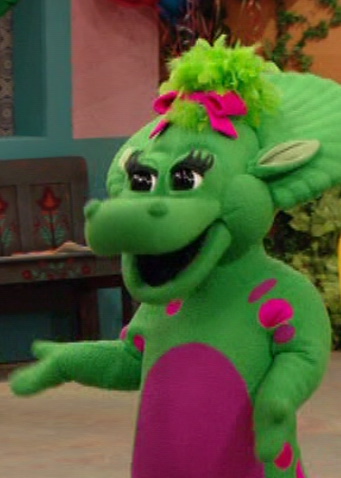 Baby bop, whom name I’ve just found out, but whose image stuck in my head
(this is me, a few months later, speaking)
ok random

These vampire-esque souvenirs are found particularly in Bran, though. Not so much in Bucharest.

Changed money at airport at the rate of 4.05 lei for each euro – mistake. From the airport I was heading straight to Bran (through Bucharest). The central town of Brasov gives the rate of 4.5. Lesson learnt – change just enough at the airport and leave the rest for the central square, you’ll definitely see one, 98% of the time. I don’t usually notice the difference in rates, but this one, this difference is significant enough for me to slap my head.
I was trying to buy my bus ticket to the central station when a Romanian girl and I started talking. Things noted: Romania and Roman vampires, she’s allergic to garlic and onions and her colleagues in Czech laugh at her for it. We spoke a little longer and she said she suddenly remembers the Singapore English accent – she took an online course on forensic science where the lecturer was from Singapore!
I don’t have an accent! I said.
Oh yes you do! She said, attempt to mimic what sounded like a very strange way of speaking, and we laughed. Was this really the way I sounded to her?? We do come across jokes about the Chinese / hk way of speaking English, but to hear how one perceives the ‘Singapore English accent’ feels strange. I suppose it’s one of those cases where we happily make fun of stereotypes but being the stereotyped group – it’s funny and I laugh – but I do feel a little, little strange nudging though I know it’s all gentle and in the name of fun.
Revisiting this memory months later draws me to a realisation that I associated an ‘accent’ with perhaps a connotation of an ‘Other’, perhaps something negative, prejudiced I suppose. I mean, thinking about it, everyone has an accent. I will work on that.
As we talked I realized she’s been on CS for years now, and it’s nice to feel this invisible thread that binded us within the community.

At night I walked around Brasov freezing. Damn, it’s going to get worse, this Balkan winter. I noticed antique shops, bookstores, bread / pretzels everywhere. Romania prints. Interesting how a day here reveals things I never knew. See, part of the joy in travelling is finding out things you never thought about, digging questions you’d never ask. What’s all this pretzel doing in Romania? What Dracula? The flag of Romania. The patterns and outfits. Their bus system. Their buildings. The people and their features.

reminds me of some medieval paintings

I find it interesting that an Irish writer, Bram Stoker, has influenced the tourism landscape of Romania. There were many locals selling vampire-related souvenirs near Bran Castle, the castle that apparently inspired Dracula. If not for this story that was written and popularised, they would likely be doing something else. Brasov might just be a more quiet little town, but the tourism landscape here is definitely inclined towards the ‘vampire’ storyline.